90 Days And Other Craptastic Realities of Being A Published Author

Today I went to Barnes and Noble to pick up a middle grade novel a friend of mine told me about. The book is by an author who shall remain nameless, but suffice it to say she generally writes beautifully written, quiet books and has a respectful following, though her books are not necessarily bestsellers. However, just getting a book on the shelf at Barnes and Noble is no small feat, so good for her that she had a shelf presence at all. Unfortunately, after seeing it on the shelf for the last few months (it came out in May), when I finally went to purchase it, I couldn't find it anywhere. I asked a bookseller and what I learned next truly opened my eyes to the reality of how competitive publishing really is.

Turns out this book was in the back, which is where they pull books that have not sold a single copy in at least four weeks. There they languish for another couple of weeks just in case people like me come in looking for them and specifically asking for them. If no one asks for them, back to the publisher they go and their shelf-time is all done. So what's the window Barnes and Noble allows for your book to languish on their shelves if it's not regularly moving copies? 90 days. That's right, 90 DAYS. You have longer than that to return something to Costco (unless it's electronics, but I digress...)

When they pull up a title within the store computer, they have a special section that tells them how many copies have actually been sold of that title per month, and the numbers can be startling, if not a bit maddening. Here's an author I've heard of, a book I've read wonderful reviews of, and in looking at the actual sales data, she had sold exactly 3 copies of that book in that store since May. Period.

So when you think about how many copies she has to sell nationwide to make any money, let alone earn her advance, it's disheartening. And it may make the publisher take pause on considering how much they'll pay for her next novel, or if they even want to fill a coveted spot on their list with it, not to mention that Barnes and Noble, upon reviewing the sales record, may not elect to stock her next book next time since this one may have underperformed for their expectations.

There are so many hoops to writing. People think that once you get an agent, it's a cakewalk, but that's so not true. You can get an agent, but that agent now has to get the interest of an editor. An editor can fall in love with your book, but their team may not and so they pass. Or they may only have one spot on their list for a book in the genre you've written, and despite its merits, it's taken. But let's say they DO buy it - now they have to put it in their catalog and advertise it to vendors, hoping that above all else, the big daddy barometer of the publishing industry, Barnes and Noble, will carry it in their brick and mortar stores. And if you're so fortunate to get the green light on that front, you have 90 days to prove your worth. 90 frickin' days.

It is critical to realize that the competition is fierce and that the bar is raised ever higher daily. Our work must be polished and exciting and fresh, because without that something sparkly, no matter how beautiful or poignant or delightful, it will probably never reach its intended audience.

This is undoubtedly why so many frustrated authors are taking to e-publishing, which certainly provides a wonderful alternative to getting one's work out there. However, e-pubbing, with few exceptions, usually can't deliver the potential readership and exposure that traditional publishing can, and much of the work falls on the author exclusively to market him/herself.

Depressing as that state of the union may be, I hope it serves to empower us all to be better writers; to up our game and to reach a little further to find that extra somethin' somethin' so that our book never sees the back room.

And for the record: I read the flap of the book I came in for and was on the fence if I really did want to read it, but after learning what I did, I bought it in the hopes that the powers that be will see the sale and bring her book back out on the floor. We have to support each other where we can, right?
at September 25, 2012 3 comments:

When That First Book Doesn't Sell

It's a hard thing to let a book go. Actually, it sucks big time, and with it comes an inherent sense of failure that pulls at my chest and churns in my stomach. And then, I have to remind myself I've failed at nothing here. I wrote a book, which is a huge accomplishment all by itself. It got me an agent, which is yet another flaming hoop, and it got read by some of the top editors in the publishing industry, many of whom praised my writing. I have to remind myself that that, all by itself, is success, even if the ultimate outcome is not what I hoped for.

Yet, truthfully, it feels much like a death. These are characters I've given birth to, know intimately, laughed with, ached with, rooted for. The book is a part of me. I understand publishing is a business, and that rejections aren't personal. A book is only as strong as the marketplace that is willing to receive it. Across the board, the feedback I received was wonderful, constructive, and helpful. They praised the writing, they loved the humor and the characters, many thought it was a fun, great concept for a YA. However, most ultimately felt that this book was a tough sell for the current market because it had a male protagonist in a book that wasn't geared for boys. Some even mistook the target audience to BE boys because it had a male protagonist. (I don't know many that would willingly read a humorous, romantic comedy, but hey...) So whereas I thought perhaps my "fresh" take on things was to let girls live inside the head of a boy and hear the story from his perspective, apparently publishers thought their readers would not ultimately respond.

But now that the book has been read by all the major players in YA publishing, we can't return to them with essentially the same novel but flip-flopped with a female protagonist. So what happens next?

Unfortunately, it's time to put it on the shelf (for now).

It's not unusual for that first book to not sell. In fact, as I prepared to throw myself a major pity party, other writer friends showed up and graciously shared their stories with me of how they could relate to what I was feeling because they'd been there themselves. One major bestselling YA author I've met sold her first book with the 9th book she'd ever written. Another said the process took her 10 years. It happens.

Therefore, the best thing you can do while your book is on submission is to WRITE SOMETHING ELSE. Not only does it keep you nice and busy and distracted, but that way, if the first one fails to get attention, you have something else waiting in the wings. One of the positives of having sent the book out there, despite the rejections, is it let the editors become familiar with my writing style, and several said they would love to see anything else I wrote as I result. That's huge! It means for the next book, there's a built in audience of where we can send it that already likes the way I write. We can strike while the iron is hot and the interest is current by sending something new. There's little room to feel overwhelmed by being discouraged because there's a new and exciting project waiting to take its place.

Rejection is a huge part of the process, unfortunately. No way around it. But there is more to be learned from the rejections than anything else, frankly. The feedback, for those that take the time to give it, can help your future writing be stronger with greater attention to specific details that may have missed the mark on the previous work. You are introducing yourself to the editors, and although they may not connect with that particular work, it may whet their appetite for others.

So if your first (or second, or eighth) book doesn't sell, keep moving forward. There are many stories within you, and it's simply a matter of finding the right one that connects with the right editor and the right marketplace at the right time. And once you've established a foothold and had your work published, you may be able to pull that old book off the shelf and re-introduce it. It may have less of a "risk factor" if you're an established author with a clear audience.

So remember the old adage - "If you love something, set it free. If it comes back, it was meant to be." This is true for our stories too. Trust that everything is as it should be, even if we cannot appreciate it at the time, and that if it is meant to happen, it will find its window. 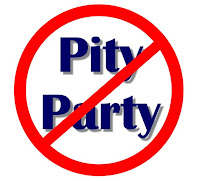