My writer friend and agent sister extraordinaire Jessica Brody is helping celebrate her upcoming release of her new sci-fi trilogy, beginning with the first installment UNREMEBERED, by asking fellow writers and bloggers to blog about a moment in their lives they wish they could "unremember". Well, here's mine *cringes*:

At the beginning of my writing journey, when I was still questing for an agent, I became fixated on one who seemed to be the perfect fit. It was the summer of 2009, and when I saw that he would be attending the national SCBWI conference here in Los Angeles, just a mere 45 minutes away from me, I took it as a sign. (FYI - I'm all about signs, so who was I to fight the universe?) I signed up for the conference with my sole mission to make contact with this guy, since he currently had my full, hoping that a little snarky banter and face time would win him over, if not make him all the more eager to sign me regardless of the fact that my book, at that time, probably wasn't ready for publication. (It went through at least 4 subsequent drafts. Oy!)

At the conference, I met some writers and told them why I was there. They knew who he was, and joined in my mission to track him down and make sure I had my shot. At a party there that night, we totally stalked him poolside until I found just the right window and made my way over to him. We indeed had a great conversation, and in a rare moment, all my words came out in cohesive sentences and I left the exchange satisfied that it had gone really well. I should have left well enough alone.

Over the next two days, I saw him numerous times, but now we knew each other kinda sorta, right? So I'd wave, I'd say hello, and once I was even sitting at a table near him in the lobby and (shudder) felt so awkward sitting right next to him I offered to buy him a drink. (He said no thanks and continued talking to the two editors he was sitting with, probably about that overeager newbie author who was clearly starting to make an ass of herself with her fangirl/borderline stalker excitement.)

When weeks later he passed on the book (with a sweet rejection and uber-helpful notes though, to his credit), I was devastated, but was determined to do a rewrite and contact him again. (First note to self and others: Only do this if the agent has actually ASKED to see it again, which, technically, he didn't.) Flash forward to the following year's conference, where he had subsequently agreed to read the book again, and once again I was waiting on pins and needles. Naturally, he was the first person I saw as I checked in, and he recognized me and even said hello. But then, it got weird.

He was, literally, ever-y-where, and even though I was totally NOT stalking him (no, seriously, I really wasn't, I'd be straight up with you), it started to seem like I was. But we were constantly in the same orbit, and after the first few times, I could literally start to see him tense up when I was nearby, if not dodge and hide behind some fake foliage in the lobby. (Not really, but I bet he wanted to.) And in an act of sheer irony from the universe, I befriended his writer wife, and ended up talking to her quite a bit and even writing with her in the lobby one afternoon, making sure to steer clear of the subject of him. When he saw us sitting there together, I swear he went pale. Suddenly, I was Newman to his Jerry, and there was no undoing it. Inadvertently, in my attempt to be friendly and outgoing and make a good impression, I'd done just the opposite, and in his mind he was probably worried he would go back to New York and find a literary equivalent of a rabbit in a pot on the stove from me.

So, needless to say, this guy is not my agent, and if I could "unremember" any single event from my writing career, it would be this one, hands down. I cringe every time I think of it. 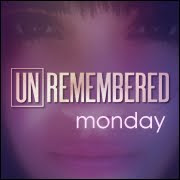