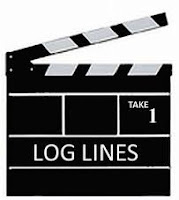 Should They Or Shouldn't They? Coming Up With The Best Ending For Your Story

One of the key components of any good novel is to leave your readers guessing so that they keep turning the page. Even if your story is simply about characters going from A to B, unless you throw in twists and turns that threaten that journey, or change their course, your reader will be, in a word, bored.

In fact, some of the best writing comes when you leave the reader surprised - as in they never saw that coming. Recently I read Hilary Weisman Graham's fantastic YA novel REUNITED, and it really got me thinking about great writing and how to surprise the reader by hitting them with something they never expected. Without providing an unwanted spoiler, I will say that while aspects of the book run the course I expected they would from the beginning, there were other aspects that didn't at all, and that's what made me love it so much. But doubling back to the first part, where the outcomes of certain aspects were predictable from page 1: that's not always a bad thing. In fact, if that HADN'T been the outcome, it would have been highly unsatisfying. With some stories, if you tweak the outcome you've been building towards, it can change the whole story entirely, and not always in a good way.

I am facing a similar dilemma in the new novel I am writing, TWO JACKS AND A JILL, which is a contemporary road trip novel. There is a love triangle of sorts, and I have to decide which boy the reader would be rooting for her to end up with more. I even posed it as a question to my writer friends on Facebook to ask them if an ending would be unsatisfying or a nice twist if the girl didn't end up with the guy they thought she would all along? Immediately, the responses started flowing back, all equally insightful and brilliant. There should be a damn good reason, not bad timing or something. It's not a romantic comedy if they don't get together, it's just a comedy. And ultimately, that it's the HOW they get together that holds the twist, the coming together despite the odds and great differences.

Then I received a private message from an author friend who said the real words I'd been needing to hear. That she worried I was getting too caught up in the mechanics of the story instead of the story itself. She advised, so wisely I might add, that I take a step back and think about if I'm telling the story I want to tell or I think I should be telling. That I shouldn't worry about making it unique or surprising as much as making it MINE and that it would BE those other things.

She was right. Once again, I was reminded that there are stories in me that I want to tell the way I want to tell them. And much like Katy Perry talks about in her recent concert movie, I'm not interested in being the next anybody, I want to be the first Robin Reul. I'm not looking to follow someone else's rules or wish list, I want to write this story as I would want to read it. So when a friend asked me, "What do YOU want to happen? Do YOU want them to get together?" the answer was simple and came without hesitation. And I was no longer scared that I was making the wrong choice. Because if it satisfied me, then it would likely satisfy other readers as well.

What are your thoughts on the should they/shouldn't they dilemma? Do you vote for a satisfying ending that the reader has been building towards or want to opt to surprise them with a whole new direction, one that might end up being empowering for one character but perhaps leave the other disappointed but oh-so-much-wiser? 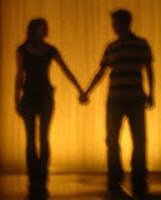